A body floats along the river. Mija, (Yun Jung-hee) always dressed in light florals is a quiet, unassuming 66 year old who lives in a small apartment in Korea with her teenage grandson, Jongwook (Lee Da-wit). She is diagnosed with early onset dementia and remembers that at school she was praised for her poetry – something she has given up. Now that words are being forgotten she enrols on a poetry class at her local college.

What is poetry? How do I find inspiration? How do I begin to write? The film is punctuated by her asking these questions of her teacher, other students and poets she hears at recitals. Observe says her teacher. It’s about the importance of seeing. Look closely at everything he advises as he picks up and examines an apple. Mija studies an apple in her kitchen, and starts to carry a notebook and pen around with her constantly taking notes. But still she struggles to find the inspiration she’s looking for.

It’s 1953 and 19 year old Esther Greenwood has arrived in New York for a months work on a fashion magazine. One of 12 girls who have won a placement through a writing competition, it’s a month of all expenses paid and ‘piles and piles of free bonuses’, there are successful people to meet, finger bowls to learn how to use and plenty of advice about their complexions. They all live together in a women only hotel with cocktails and parties and Buddy Willard and Doreen lounging about in a peach silk dressing-gown.

‘I was supposed to be having the time of my life’

Of course it’s all just a matter of filling in time before getting married, what a ‘dreary and wasted life for a girl with fifteen years of straight A’s’, thinks Esther who yearns to write and travel.

Listening to the US presidential debates has reminded me that four years ago we were in Vermont in a staunchly Bernie Sanders supporting house.

The sheer abundance of autumnal leaves, pumpkins and rosy apples cast a glow of reds and oranges against the bluest sky that kept me in a state of permanent rapture!

It was a week of steep hikes and apple festivals, eating Ben & Jerry’s, actually watching a bear cross the road in front of us, and sitting on a swing seat on a wooden verandah sipping drinks and pretending I was Olivia Walton or Marilla Cuthbert.

We spent a lot of time discussing exterior house colours and trying to choose our favourites. This gorgeous purple house had paintwork picked out in green and sat next door to a house painted in bright sunshine yellow.

Our host had moved his Georgian house from the nearby town into the forest and painted it in classic colonial Barn Red and Prussian Blue, building up a small farm, with about thirty Dorset breed sheep.

We breakfasted on sausages and homemade sage cornbread that we ate still hot, straight from the pan. A jug of maple syrup was always on the table, made in the barn every winter when there was too much snow to move.

Larry was a wonderful host and a skilled craftsman and had made this rocking chair, with the seat woven to match the colours of the house. It sits happily by the fire in the kitchen and is just, I think, a perfect reading spot.

As soon as we got home I had to relive it through Diane Keaton in Baby Boom and I think I’m going to have to go and watch it again (and yes, slightly embarassingly I did go and see the actual house!)

The film begins with a group of children playing on their bikes by a road. Later the same day elegant, middle aged Verónica (Maria Onetto), is seen driving along a deserted road when her phone rings, looking down at it she hits something in the road, bangs her head and suffers mild concussion. We follow her as she gets treatment and we see that she is having a relationship with someone other than her husband. So far, so simple.

But as the days go by with her family and extended family her emotional realities of everyday life start to become a bit hazy. Gradually all her activities from the previous day seem to disappear and under intense observation we watch as her grip on reality starts to unravel. Did she hit a dog or was it worse, was it a child? And this we don’t know, from the opening scene of the children playing it’s a possibility. And is her detachment from her world purely the result of the concussion or is it also guilt? Because of her affair, or is there more for her to feel guilty about? Verónica’s murky, disoriented mindset is portrayed as dreamlike and foggy as her paranoia makes her increasingly isolated. 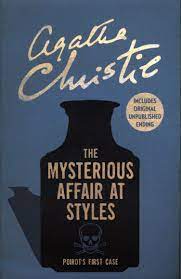