Written in 1936 I wanted to read this as a counterpoint to This Side of Paradise, one from the beginning of the Jazz age and one from the end. But it wasn’t quite that neat, the atmosphere of the jazz age is here but I think Nightwood is set in its own world and not trapped by any particular time. I found this a demanding and difficult read.

The plot is very slight.  Baron Felix Volkbein is married to Robin Vote they divorce and Robin falls in love with Nora Flood who eventually loses her to Jenny Petherbridge.  At the centre of these characters is the doctor, Matthew-Mighty-grain-of-salt-Dante O’Connor. In Paris, they’re all strangers and misfits, knotted together by Robin and her effect on them.

END_OF_DOCUMENT_TOKEN_TO_BE_REPLACED

Time for another spin and with eight reading weeks allowed I think I can do it this time! I’ve duplicated a couple of titles in my choice of 20 from my original Classics Club list, because I really need the push to read them! On August 9th the numbers will be spun and the corresponding title is the one I’ve got until September 30th to read.

This is the third time I’ve joined in with a spin and looking back at the previous two lists, I see they’re pretty much the same titles, not that I’m putting them off or anything! 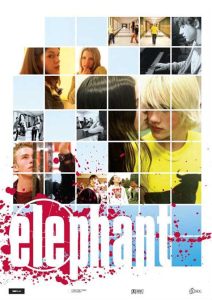 Written and directed by Gus Van Sant, Elephant chronicles the events of an ordinary day in a fictional high school in the suburbs of Portland, Oregon – a day when two of the students carry out a shooting based in part on the Columbine High School Massacre.

Using new and unprofessional actors who largely keep their own names, the characters are introduced by name and then followed through their day but in a fragmented style that goes over the same events but from multiple points of view. The camera catches up with the students as they walk along corridors, meet up in the cafeteria or the locker room or the library and we hear snatches of frivolous, inane conversations which are often quite funny. Of course we feel tense because we know what’s going to happen and an early scene of the gunmen walking towards the school, before the camera skips off to show another group, is an example of how we can try and piece the fragments together to build up some sort of time line; but what’s extraordinary is the blankness.

END_OF_DOCUMENT_TOKEN_TO_BE_REPLACED 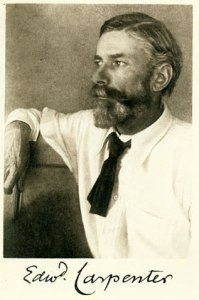 Social reformer, poet and writer Edward Carpenter was a pioneering supporter of womens rights and an early campaigner for gay rights. Strongly influenced by Walt Whitman, his home which he shared with his life long partner George Merrill became an informal refuge and is where E.M. Forster was inspired to write Maurice.

A market gardener he railed against pollution and helped to coin the phrase ‘the simple life’. After visiting India he became a passionate advocate for sandals, he made his own and in this photograph taken in 1905 by Alfred Mattinson, I think rocks the socks and sandals look!

I discovered Edward Carpenter through reading about his friend and fellow Fabian Olive Schreiner and not long afterwards saw this painting by Roger Fry at the National Portrait Gallery in London.

Painted in oils in 1894 Fry has painted his close friend in his ‘anarchist overcoat’. 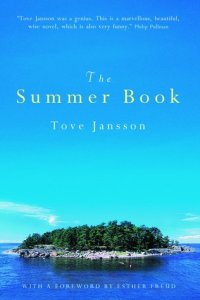 Based on Tove Jansson’s own summers in the cottage she built with her brother Lars on a tiny island they discovered  in the gulf of Finland in 1947; The Summer Book follows a companionable summer shared between 6 year old Sophia and her grandmother, characters inspired by her own artist mother, Signe Hammarsten and her niece Sophia.

In the introduction Esther Freud describes how on a visit it takes her precisely 4½ minutes to walk around the island, but after being there for a couple of days she falls into ‘island time’ and realises ‘it would need a whole summer to discover everything there is to do’.  And I felt that this was true of the reading. The short chapters with titles like ‘The Neighbour’ or ‘The Pasture’ or ‘Playing Venice’ entice you to slow down, don’t rush and dip into the adventures and conversations that Sophia and her grandmother are having, reading and absorbing in island time. END_OF_DOCUMENT_TOKEN_TO_BE_REPLACED

‘Amory wondered how people could fail to notice that he was a boy marked for glory, and when faces of the throng turned towards him and ambiguous eyes stared into his, he assumed the most romantic of expressions and walked on the air cushions that lie on the asphalts of fortune.’ END_OF_DOCUMENT_TOKEN_TO_BE_REPLACED

Written and directed by Marjane Satrapi in collaboration with Vincent Paronnaud, Persepolis is based on Satrapi’s autobiographical graphic novel of the same name. I must admit that although this has been on my radar for a few years I’ve always been put off by the animation, so I’m glad I’ve been made to watch it for my film challenge because it was brilliant.

A coming of age story set against the background of the Iranian Revolution, it’s both harrowing and exuberant. Marjane is 9 when the film opens in 1978, a precocious child who wants to be a prophet and obsesses over Bruce Lee.  Growing up in comfort with her liberal, politically active family they have high hopes for a better society post the revolution. END_OF_DOCUMENT_TOKEN_TO_BE_REPLACED

There are three great things here, the first is that I’ve finally read this book (and thoroughly enjoyed it), the second is that I’ve read it in June (when it’s set) and the third is that I’m actually writing a review almost as soon as I’ve finished!

So it’s May and Richard Hannay is in London from South Africa and is bored to tears, he gives himself one more day to find excitement before he gives in and heads back home.

Luck is on his side, waiting for him on his doorstep is a man he’s never seen before but who has been watching him and needs his help.  Scudder, an American, tells Hannay a remarkable story about a conspiracy to assassinate the Greek Premier at a Foreign Office tea party on the 15th of June, he knows too much and is being watched. He stays for a couple of days, reading and smoking and filling Hannay in on more details – about a man with a lisp, another who can hood his eyes like a hawk and Black Stone. But on the 23rd of May Hannay returns to his flat and finds him ‘skewered to the floor’ with a long knife through his heart.  He finds Scudder’s black notebook of evidence and determines to finish the game. END_OF_DOCUMENT_TOKEN_TO_BE_REPLACED

The little girl is Molly Gibson and this opening paragraph introduces a book that uses sparkling humour to dissect the deliciously gossipy neighbours of Hollingford, a small town in the middle of England. A small town which sits in deference to Lord and Lady Cumnor of The Towers, in spite of their only arriving in the reign of Queen Anne; when there have been Hamley’s at Hamley Hall since the Romans. So Squire Hamley is keen to tell us!

Written in 1866, we’re told by the narrator that the story begins some 45 years earlier so that with lots of asides about the fashion and manners of the day, there’s a lovely cosy conspiratorial tone.  END_OF_DOCUMENT_TOKEN_TO_BE_REPLACED

If reading could make you fat then this is the book to do it, every paragraph is so dense and luscious in its descriptions, we’re as enveloped in a world of marmalade colours as the baby Laurie in his mother’s arms.

Written in 1959 Laurie Lee is remembering his childhood in the Slad Valley in Gloucestershire, where in June 1918 at the age of 3 he is set down by the carriers cart at a cottage on a steep bank above a lake; there are frogs in the cellar, rooks in the chimneys and mushrooms on the ceiling.

One of 8 children he lives with his three older sisters all ‘wrapped in a perpetual bloom’, his three brothers, younger sister and their mother in a chaotic, giggling flurry of activity, while their absent father ‘in his pince-nez up on the wall looked down like a ‘scandalized god’.

‘When the kettle boiled and the toast was made, we gathered and had our tea. we grabbed and dodged and passed and snatched, and packed our mouths like pelicans.’ END_OF_DOCUMENT_TOKEN_TO_BE_REPLACED