Welworth Garden City is a rarefied little town with a plethora of litter baskets and flowering shrubs, and absolutely no bill-boards or pubs. Among its elite it boasts a high percentage of vegetarians, non-smokers and non-drinkers and is the home of the Children of Osiris, usually referred to as the Cult of Coo or Cooism. Founded by Eustace Mildmann, and originally based on the mythology of Ancient Egypt, it has adapted and modernised to include any number of dogmas, until now in 1947, it finds itself ‘an obliging religion because one could find in it pretty well anything one looked for.’

Eustace the High Prophet is a dreamy, softly spoken widower who lives with his son Terence in the mockest of mock-Tudor mansions on Almond Avenue and Peta Penpeti a man with the manners of ‘a French count’ is Prophet-in-Waiting. There are six High Priests of the Inmost Temple but the force behind the movement and the financial prop is the Hon. Alicia Hagge-Smith who manages to increase the numbers from a select few to several thousand. Banded together by a common faith maybe but one that conceals emerging jealousies, intrigue and hostility.

A counterfeit currency gang are at large on the French Riviera and the French police believe it to be an English set up. A phone call to Scotland Yard sees Detective-Inspector Meredith and Acting-Sergeant Strang pack their bags, open the windows, put the roof down and drive to the South of France hot on the tail of ‘Chalky’ Cobbett.

Bill Dillon, a young Englishman, is also heading to the Riviera and to the Villa Palomo. The villa is owned by Nesta Hedderwick a wealthy widow on a tomato juice diet, who lives with her companion Miss Bertha Pelligrew and a collection of young people – her niece Dilys, the questionable play boy Tony Shenton and his girlfriend Kitty Linden and an artist Paul Latour. When Bill arrives it becomes clear that more than one of them has something to hide and the tension begins to rise.

Cradled in the valley of the River Lune, the tiny village of Garthmere is set amongst a ‘chequered carpet of farm land’, fields of pale gold, the fells clothed in heather dipping into the Yorkshire Dales and in the distance the blue hills of the Lake District. Above the village where the sun captures the old stone of the farm buildings is medieval Garthmere Hall where the Garth family have lived for centuries. Old irascible Robert Garth, his daughter Marion, Charles recently back from Malaya and Malcolm a would be poet are helped on the farm by Elizabeth Meldon their land girl; the only member of the family missing is Richard who left for Canada 25 years ago and hasn’t been back since – or has he?

I love new year, a clean sheet, an empty page, resolutions and good intentions, the possibility of a whole new me (again). And this year there’s been an added bonus because under the Christmas tree was a British Library Crime Classic. I’ve been looking forward to reading this series for ages, but slow reader that I am, have never found the right sized reading moment. But to start this year I (thankfully) threw down my classics challenge and caution and instead picked up Murder By Matchlight.

It’s a Thursday evening in London in 1945, the city is pitch dark under the blackout and John Ward ‘a lazy good-for-nothing son of a gun’ is murdered in Regent’s Park. But has the murderer been seen? Lovelorn Bruce Mallaig on a stroll through the park witnesses a ghastly face in the glow of a match. . . 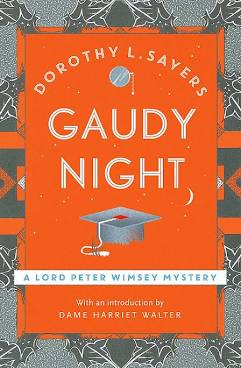 It’s 1935 and mystery writer, Harriet Vane alumna of  Shrewsbury College, Oxford, returns for their annual ‘Gaudy Night’ dinner.  But all is not well, poison pen letters and coarse graffiti are disturbing the peace before properly sinister things start to happen. Harriet is asked to stay on and investigate which she does with the help of her friend Lord Peter Wimsey, who arrives like the cavalry.

I read this as my ‘classic from somewhere you’ve lived’ for the Back to the Classics Challenge, so from the beginning it was fun, following the drive from London to Oxford; stopping in High Wycombe for lunch with half a bottle of  wine (!) and then walking around Oxford. As it’s one of those books that names every street it was all very cosy. Added to that the academic setting of a women’s college with debates and discussions around coffee, tea or sherry in the Senior Common Room and it was all I could wish for really. Except . . . END_OF_DOCUMENT_TOKEN_TO_BE_REPLACED 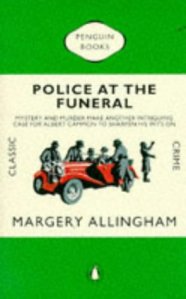 Published in 1931 this is a classic golden age of crime thriller. Set in an old house along peaceful Grantchester Meadow, the beautiful city of Cambridge near by,  a gruesome murder is committed but by whom and why?