Phew! This has taken me so long to read and I’m so relieved to have finished!  It’s not that I didn’t enjoy it but it just went on and on. I was almost weeping by the end, I just wanted someone to take his pen away! The biggest problem for me was that it felt like two books – the saga of War and Peace and then Tolstoy’s philosophy. Which was incredibly wise and true but pages and pages of it!

Written between 1863 and 1868 and set during the Napoleonic Wars (1805-12), the story of the Rostov’s and Bolkonsky’s and Pierre Bezukhov, was terrific.  I loved all the Russian names, the soirees in Petersburg, the palaces, and the huge family gatherings.  The cossacks, troikas,snow, dancing, nuts cooked in honey, herb cordials, ‘flat cakes made from dark flour and buttermilk’, roasted chicken, liquors and mushrooms, Mitka playing the balalaika, racing sleighs and droshky and muzhiks.

I loved the short, crisp sentences with their poetic rhythm:
“Drops dripped. Quiet talk went on. Horses neighed and scuffled. Someone snored.”  I loved the way Tolstoy constantly used natural imagery and references to the natural world:  “. . . the starry winter light at night.”, he describes the battlefields “on the meadow, among those rows of mowed hay”  and they feel so much closer given that human touch; and when the gossip of the sophisticated social machinery of Petersburg society is likened to the natural world “like wind in the leaves,an excited whisper passed” its maliciousness seems all the more cruel.  War and Society are completely incompatible with Nature, of that we’re left in no doubt. 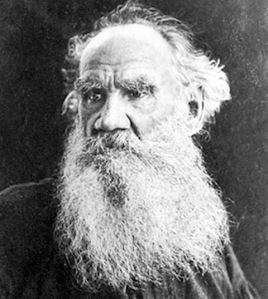 In the salons of Petersburg are Anatole and Helene Kuragin, a brother and sister team who are BAD! They are utterly ruthless in their treatment of people to meet their own ends.  “Anatole was always content with his position . . . He was not capable of reflecting either on how his actions might affect others, or on what might come of one or another of his actions.”   Helene uses her beauty shamelessly to advance her position in society. She smiles at Pierre “with that serene, beautiful smile which she smiled at everyone” and becomes Countess Bezukhov, for as long as it suits her. Money and position are all they care about. Amongst such ‘civilised’ behaviour there’s nothing cruel about war if it comes wrapped up in a handsome French uniform.

The Rostov and Bolkonsky families and Pierre Bezukhov are not always good, they’re not always likeable and they don’t always behave in particularly honorable ways (Prince Andrei Bolkonsky is particularly grim) and Nikolai Rostov changed his mind about love almost continually. But as the Mason says to Pierre ‘look at your inner man with spiritual eyes and ask if you are pleased with yourself’ this seemed to be true of all these characters and is what really separates them from the Kuragins.  They all (at different times and to different degrees) have the self-awareness to realise that true happiness is going to come from within themselves. But when Pierre meets Platon Karataev the “eternal embodiment of the spirit of simplicity and truth”  the journey of spiritual exploration that he embarks on seems to most closely follow Tolstoy’s own belief in pacifism and his search for a utopian ideal.  Inner peace comes from family, love and the natural world.   It could be called War and the Search for Peace.

If only this was the complete book.  Tolstoy’s philosophy was so wise and so beautifully written (all those analogies about sheep and why would you follow them, and worker bees and cleaning the bee hive!) that I didn’t want to miss any of it but it went on for pages and pages, and was always interrupting.  At the end of the story there was still another 200 plus pages to go, by the actual end I had forgotten all about Pierre and Natasha.

A “large loose baggy monster” said Henry James, I wouldn’t go that far, but the relief at coming to the end was immense!

This is my 5th read for the Classics Club Challenge

17 thoughts on “War and Peace”